Block Reclosing for Underground Faults—It can be challenging to determine whether a fault has occurred on the overhead or underground section of a feeder. Traditionally, utilities have had to choose between the possibility of undesired reclosing into an underground fault or blocking reclosing for a close-in overhead fault when a high-current lockout is used. With the SEL-FT50 Fault Transmitter installed at the riser pole, the relay can receive fault status information before the first trip and know whether the fault is overhead or underground. The relay is then programmed to only allow reclosing when the SEL-FT50 signals that the fault is on the overhead portion of the feeder.

Fast Bus Tripping—Fast bus tripping schemes can provide an economical solution for substation bus protection on radial systems. However, in some cases, communication between relays may not be feasible or may be cost prohibitive. The SEL-FT50 and SEL-FR12 system installs easily on substation feeders, allowing protective relays to differentiate between a fault on the feeder and a fault on the bus with fast wireless communication to speed up bus protection. 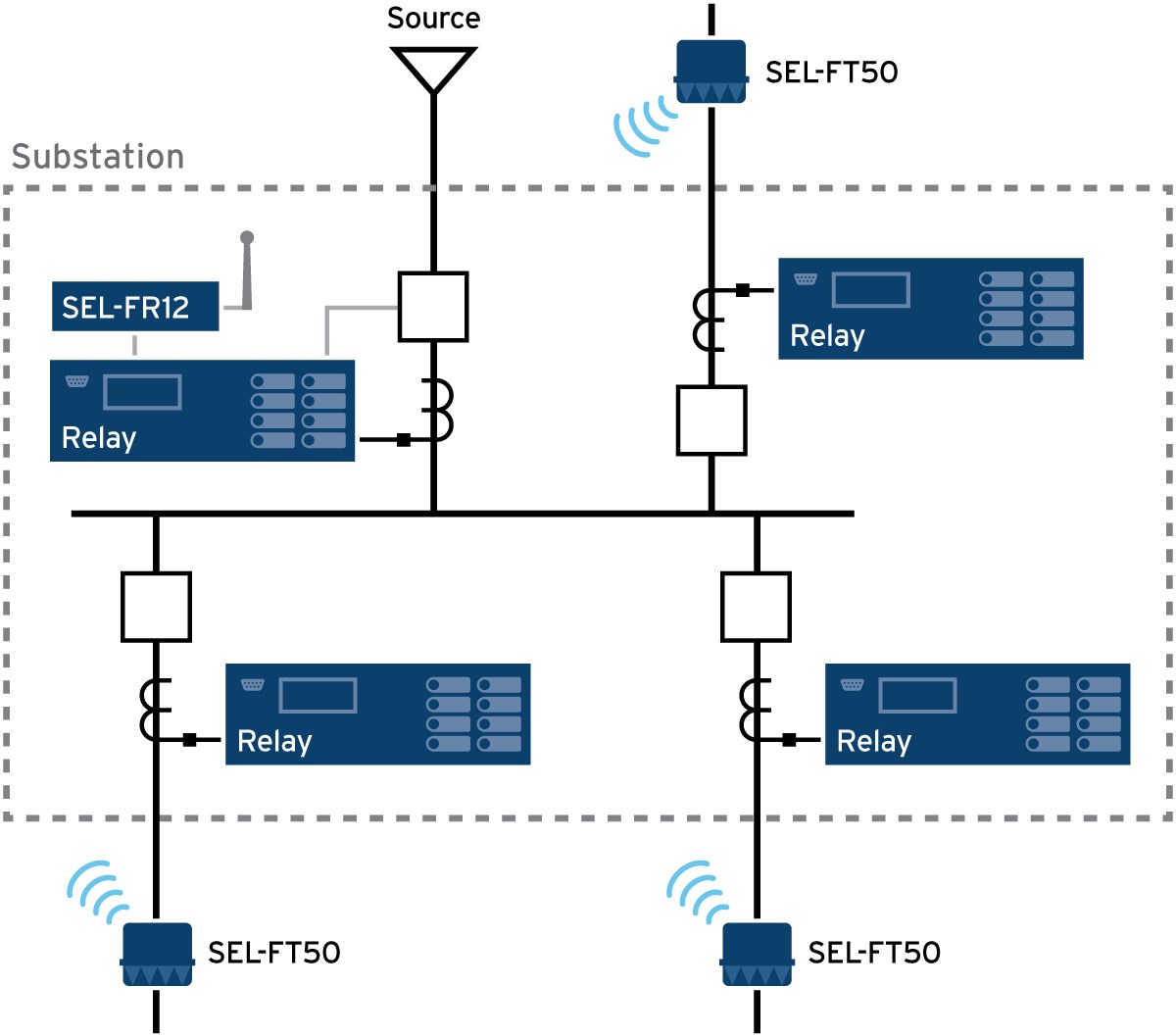 Easy to Deploy, Easy to Maintain
The lightweight design of the SEL-FT50 makes it easy to install by simply using a hot stick to clamp it to the overhead conductor. The SEL-FT50 is rated for voltages up to 38 kV and is completely line-powered, removing the need for battery maintenance.

Think Milliseconds, Not Seconds
The SEL-FR12 Fault Receiver can be paired with up to 12 line-powered SEL-FT50 Fault Transmitters. The SEL-FT50 broadcasts the status of faults via 900 MHz wireless signals to an SEL-FR12, which uses MIRRORED BITS communications to transmit the data to a protective relay—all in 6 ms!

Reduce Operation and Maintenance Costs
By identifying faults faster and shortening the duration of fault currents, the SEL-FT50 and SEL-FR12 system extends the life of equipment, reducing operation and maintenance costs.

Countries
The SEL-FT50 and SEL-FR12 system is approved for use by governments of the following countries:

SEL recommends these parts to go with the SEL-FR12 receiver and SEL-FT50 transmitters for specific applications: